Hanna Instruments, a world leading manufacturer of analytical instrumentation, has a network of 60 subsidiaries in 43 countries worldwide and offers over 3000 products to its customers. Hanna is headquartered in Smithfield, RI.

The company is headed by President Martino Nardo and Vice President Pamela Nardo.

The following is a chronology of the history of the company since 1978: 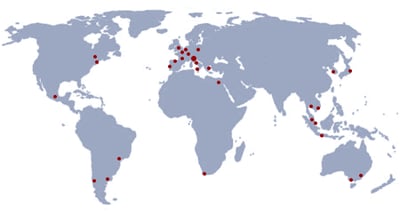 Throughout the years, the philosophy of the Nardo family has always been to be able to supply customers around the world with practical, affordable solutions for their testing needs. When Hanna introduced the pHep (pH Electronic Paper) in 1986 it literally revolutionized the world of testing by allowing millions of people in various industries to test for pH in a simple, accurate and affordable way. This winning philosophy is still strongly embedded in Hanna. In 2005, when we introduced the world's first single parameter series of automatic titrators dedicated to food analysis, we put thousands of users around the world in the position to perform their own analytical tests in-house, and to improve the quality of their product.

The driving philosophy that has been a trademark of Hanna has translated into a top class worldwide organization with over 1,000 employees, including Sales and Technical Support, Research & Development and Manufacturing centers in 31 different countries.

For three decades, Hanna has prided itself on being one of the world's leaders in the innovation of analytical instrumentation. Headed by our team in Smithfield, Rhode Island, Hanna's Research & Development teams, constantly challenge themselves to improve on existing technology and to invent new testing techniques all with the common goal of simplifying analytical testing. This applies not only to instrumentation, but also to sensors development, reagents and chemicals. In 1985, Hanna was first to introduce a pH electrode with a built in temperature sensor (HI1217S) which became known worldwide and was commonly used throughout the market. The idea of waterproof portable instruments (HI9025) to be used in harsh environments also was launched by Hanna in 1990. The concept of giving users the possibility to check the accuracy of their digital thermometer (Checktemp) was introduced to the market by Hanna in 1995 and is still unique today. Another exclusive technology to Hanna is the simultaneous testing for pH and EC with a single instrument which was first introduced in 2000. 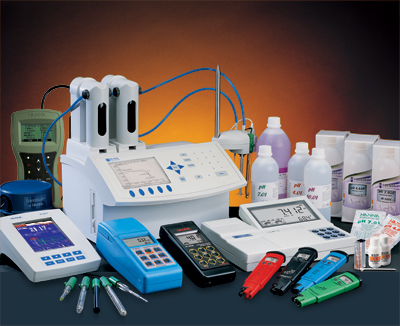 We believe in controlling the quality of our products from their inception to delivery. For this reason, we manufacture all the products we bring to the market including: meters, electrodes, chemical reagents and buffer solutions. Our five manufacturing facilities each specialize in a product family, ensuring stability and greater quality. Our engineers in manufacturing strive to achieve higher standards at all times, continuously investing in new manufacturing technology equipment as well as new manufacturing techniques. As a vertically integrated manufacturer, Hanna does not subcontract any part of the manufacturing process from plastic molding to glass blowing and chemical bottling, to PCB and electronic assemblies.

All Hanna, products are in compliance with CE directives and our production facilities are ISO 9001 certified. Click here to view our ISO 9001 Certificate.